For the past 10 years, California has been slowly dismantling a tough infrastructure in crime that led to the prison population peaking at 173,000 in 2006. Today, the prison system in the largest state in America holds less than 100,000 inmates. This is a fascinating turn for the country that after the enactment of the Three Strikes Act in 1994, was for many years a slang word for a stricter sentence.

However, despite this, activists fear that too many young people are still studying in schools where they are set to fail. For poorer California residents, the so-called prison school pipeline – the assumption that young people from certain backgrounds are inherently suspicious, and as a result should be forcibly controlled – remains operational. Every year in California, according to the National Youth Law Center, about 6,500 students are expelled from schools, over a quarter of a million suspended, and many students are placed in “alternative” education settings where they receive a minimum of personal instruction each week and then sent home with information sheets to complete The difference.

Once students are considered irreparable and have actually been expelled from the school system, they are more likely to get in and out of jail and jail over the next few decades, and the likelihood of them succeeding financially is much lower. It is a dysfunctional circle that locks in place racial and class gaps.

Black students are much more likely to be suspended than members of other groups. Ten years ago, 133 out of every 1,000 black students in the country were suspended sometime in the year. Today, that number has dropped, but it still remains appallingly high, at about 80 per 1,000. For Latino students, this number is closer to 30; And for boys it is about 25.

The treatment of students in schools varies greatly from district to district. Students in poorer cities, or in schools where large numbers of students come from poorer neighborhoods, and with higher percentages of non-white students, are more likely to be subject to sweeping and cohesive enforcement policies.

Three weeks ago, two black students at El Cherito High School in the province of Contra Costa got into a fight. During that fight, one of the students pulled out a gun and swung it. Fortunately, he did not fire a gun and the incident ended without bloodshed.

Unsurprisingly, Richmond police were called and an arrest was made later that day. Not surprisingly, too, following the incident the high school principal, Patricia Crespo – who did not return an email request to be interviewed for this column – implemented a temporary policy whereby all student backpacks and bags would be inspected before teens were allowed to enter the school grounds. 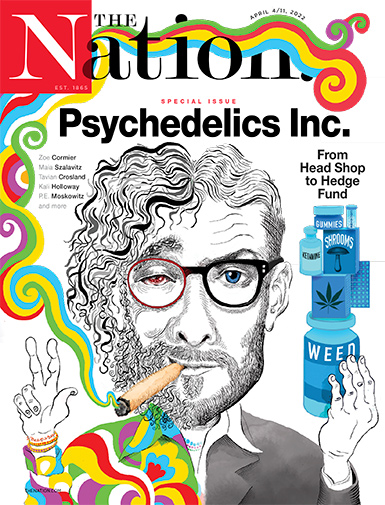 In the meantime, everything is fine. The day after the brawl, according to relatives of students at the school, district school safety officers and high school staff began searching for the children. If it had stopped there, I doubt anyone would have been furious; Apparently, parents, students and teachers alike would accept this as a tragic necessity, a result of the violent times in which we live.

But the day after, things got weird. On March 10, military personnel in full uniforms were stationed at the entrance to the school, looking for children before they could go to classes that day. Local Antioch City Council member Tamisha Walker, a former jailer who runs an organization called the Safe Return Project, was at the school that day and dropped off a relative. She took a series of photos from the meeting, in which military personnel, dressed in full combat fatigue, are seen conducting a search of the young children. Black students reportedly told their parents when they returned home that day that they had been selected for particularly invasive searches and interrogations by military personnel.

After the incident, the school principal issued a reassuring statement that the team is American Marine recruiters who happened to be on campus that day and volunteered to help search for the children. This may or may not be the case; But either way, surely the bigger question is this: Should children – the vast majority of whom had nothing to do with the battle and display of weapons from a few days earlier – in the U.S. Army before entering school in the morning?

“They can not do that. They have no authority, even if they are in the place as recruiters, to look for students,” Driss Young, a veteran lawyer and social justice organizer in the area, and a relative of one of the students who conducted searches, told me.

Young has contacted the California Attorney General regarding the incident, and a number of parents are trying to get organized to find out more about what happened at the school and why. Meanwhile, according to reports, the school district superintendent has blocked the idea of ​​a broad investigation into what happened at El Cherito High School.

I can not see how this would have happened in a more affluent city or among a more affluent student population. Of course, in an age where there is a staggering number of school shootings, there must be tools to act effectively against gun violence in schools. But there are other ways to keep students safe besides subjecting them to some kind of intrusive and scary process, using military personnel against young children, who dropped out of El Cherito High School three weeks ago.

If military members can be deployed to search for school children, even in an advanced state like California, what does that say about how the state as a whole views children’s rights today?